Third Council ( Part Two ) – Zayed And The Concept of Happiness 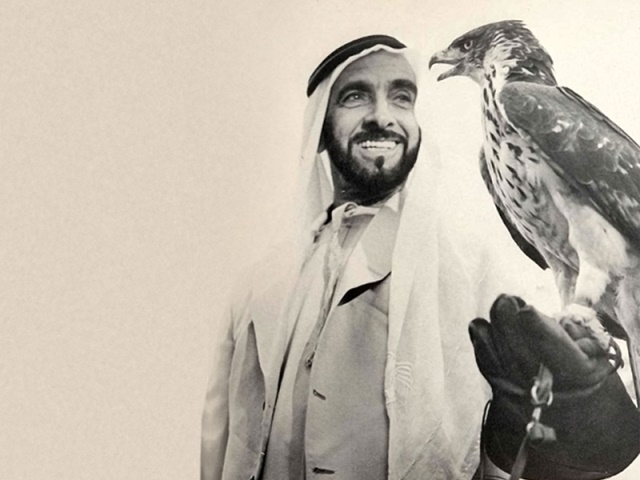 Through his journey, Sheikh Zayed _ May his soul be blessed _ had gained many certificates, awards and badges that were presented to him globally as a man of nature, including the following:

Sheikh Zayed _ God bless his soul _ had some everlasting sayings of his own that encourages on protecting and looking after the environment, for example “ We pay great attention to our environment because it is an organic part of our country, its history and its culture, our ancestors had lived on this land, adapted with its nature on land and in sea, and realized with their nature and instinct the need to maintain it, to take only as much as they need and leave enough of what would be a source of good wealth and a fountain of bestowal for the following generations”

He also said “Protecting the environment must not be considered nor viewed as a case in concern of governmental authorities only, it is a case that matters to us all, it is everybody's responsibility and the responsibility of each individual in our society, citizens and residents alike” In the light of Sheikh Zayed's concern with the environment, he built several natural reserves, including “Sir Bani Yas Island” about 250 km west Abu Dhabi and it is 230 square km wide, an artificial island about 10 square km wide was added to it to a base for agricultural experiments, this island where it used to be a barren desert had become one of the biggest nature reserves in The Arabian Peninsula, as well as a habitat for thousands of animals that roam freely, millions of trees and plants and a sanctuary for birds, beside being a wildlife reserve where activities such as Safari, rowing, mountain cycling, hiking and diving are held.

Sheikh Zayed's interest in environment had been reflected on his decisions in regard to panning wild hunt and providing incubators for wild animals that were almost extinct, including Arabian Oryx, Houbaras, Falcons and others. As he was the first of who had started paying attention to the fact the Arabian Oryx is threaten with extinction in the early 1960s, based on that he gave his orders to look after if and breed it to increase its numbers until it reached to 6000 according to the latest data, and in 1977 he ordered increase the number of Houbaras in “Al-Ain Zoo” even before it was under the threat of extinction, and in 1982 he announced the hatching of the first chick in a zoo in Emirates.

In 1989, he established “The National Bird Research Center”, which its program had unleashed the ambition to increase the number of Asian Houbaras, as the production number of these birds had reached over 200 birds in 2004, Sheikh Zayed had also focused his efforts on strengthening the cooperation and establishing collaboration programs with the countries in the field of Houbara spreading area from Chin to Yaman
His most important initiative in the field of Falcon care and its hunting sports was establishing Sheikh Zayed's Falcon Unleashing Program, which managed to unleash more than 1787 falcon, most were Lanner and Peregrine which were compromised.

One of the true stories that indicate Sheikh Zayed's concern with protecting the environment generally and birds specifically is that whenever he intended on going on a hunting trip, he would order the are where he will be hunting to be prepared and tell his escorts “Do not kill any birds, those who love me will unleash their birds and let it be”, and with that birds were unleashed in that protected area.

THE COMMUNICATION HUBS PROGRAM 2020 IN CORONA CRISIS( BE THE EXPERTISE, NOT CERTIFICATES WITHOUT SKILLS 8)

THE COMMUNICATION HUBS PROGRAM 2020 IN CORONA CRISIS( BE THE EXPERTISE, NOT CERTIFICATES WITHOUT SKILLS 7

THE COMMUNICATION HUBS PROGRAM 2020 IN CORONA CRISIS( Be the expertise, not certificates without skills 6)

THE COMMUNICATION HUBS PROGRAM 2020 IN CORONA CRISIS( Be the expertise, not certificates without skills 5)