Introduction – Zayed and The Concept Of Happiness 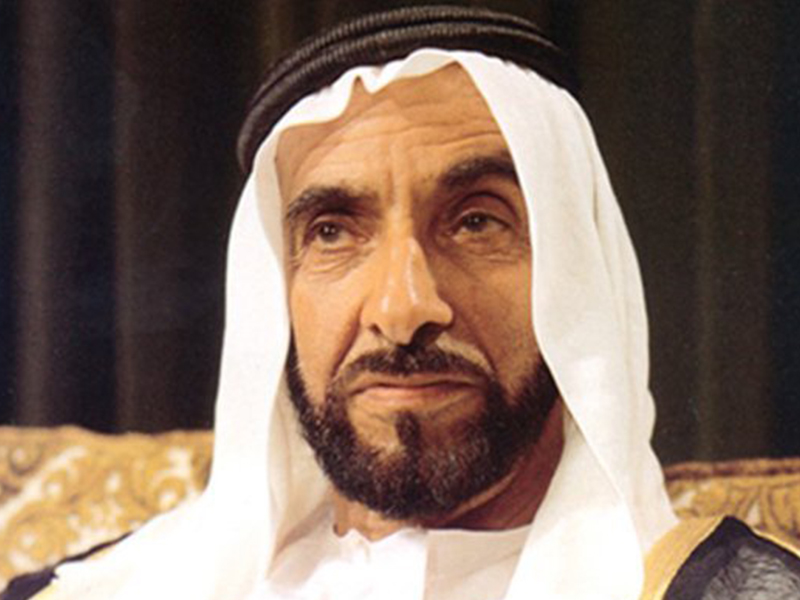 Speaking of anchoring the concept of happiness must lead us to several aspects, from which is the happiness of the nation’s leaders and people,

Leaders need such a concept in performing their duties towards their people, which in turn provides them with emotional stability, everlasting joy and a feeling of connection with the people in a reciprocation-based atmosphere of love and harmony that leads to nation stability and prosperity,

While people need it to feel their importance and the significance of their roles, to educate them and raising their awareness of the happiness programs and how it results in the people’s attachment with their leaders, harmonizing them in an ambience that assures they receive the care they need in all fields, which in turn ensures them to be living in a state of contentment that serves the goals of their leaders and nations and guarantees the prosperity of the happiness programs and its appurtenance.

In addition to this, anchoring the concept of happiness is needed by both nation leaders and people to pump fresh blood in the veins of their joy, raising them to spiritual prosperity that surpasses the narrow, selfish want of gaining one-sided happiness without reciprocating it.

And he, who thinks about happiness and follows its programs will surely bring happiness upon himself, which its trace, psychological, emotional, national, regional and international effect cannot be hidden.

This concept has been understood by Sheikh Zayed Ben Sultan Al-Nahyan _ God bless his soul_, it accompanied him and held on to it, and so he worked on bringing happiness to his people in all aspects, and had not saved a sweat to achieve this in all aspects of thought, education, edification, expenditure, follow-up and attention.

We may review solid examples on this in different aspects before we get to it in detail:

And in prospect of Sheikh Zayed _ God bless his soul_ dedication to happiness programs, he focused on the councils, being an educational and cultural corner, in anchoring the concept of happiness through communicating with his people, as he used to meet with them in these councils and guide them to doing what is in their and the nation’s good and warn them from what may be harmful to them and their nation, heeding them from following the routes that may lead to that.

He listened to them, recognized their interests, sufferings and aspiration endeavoring to achieve the last, conversed with them to engage their opinions and anchor the idea of their matter and the significance of their opinions, searched with them for what would make them happy and engaged in the circles of their interests, established the methods of happiness through father-like talk, he had never conversed with them through authoritarian, tyrannizing or condescending manner but with the manner of a father gentle with his children, eager to watch over them, raise them, guide them, provide their needs and stand for their benefits, big or small, much or little, until they reach age, behavioral and national maturity to become good citizens aiming for the welfare of their leadership and country, giving out all what is precious and invaluable to achieve this, and the idea of establishing the International Communication Tent and following its programs for a long time is the finest example on this.

That is why for Sheikh Zayed _ God bless his soul_ the council was a school for anchoring the inheritance, to educate his sons what they need to satisfy their desires, respond to their interests and serve their country, and with that the councils became a source of happiness in the United Arab Emirates, forming a gathering to look after all aspects of life.

We in International Communication Tent have absorbed these lessons which were the fuel and the catalyst of our first initiative, achieving first place in the attention and uniqueness with spreading the culture of these councils and dividing them into specialties naming them (Councils are schools for Arab's judicious man, Sheikh Zayed, God bless his soul)