Fourth Council – Zayed And the Concept of Happiness 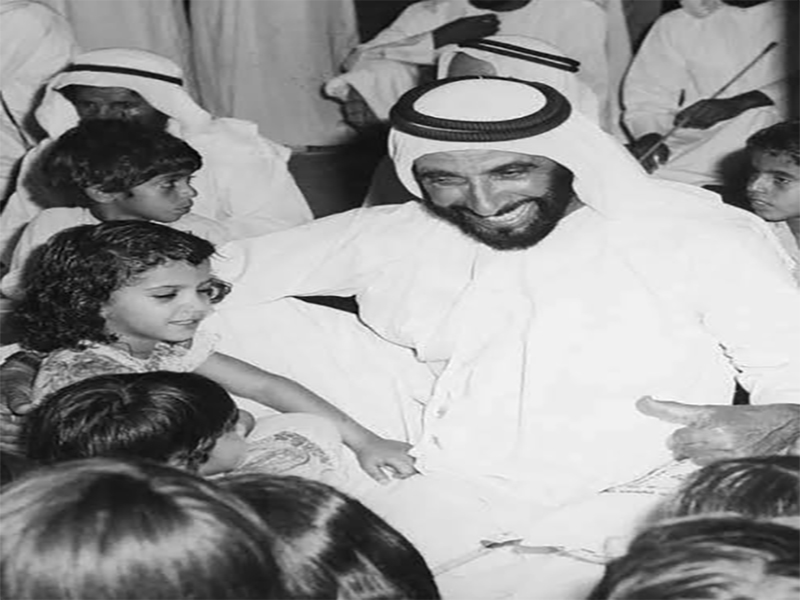 - Through the council, especially in matters related to tribes’ conflicts, the method being inviting conflicted parties to attend the council where he would advice and guide them until the conflict is solved and the reunion is achieved

- Through father-like talk in matters related to political, economic and racial conflicts, as he used to relay on the friendly, heart-to-heart conversation that indicates compassion with those suffering in the crisis, making sure they would return to how their original nature of closeness, cordiality, cooperation and understanding and with that they find closeness replacing repulsion, cooperation replacing conflict and understanding replacing dispute

What helped him through that was that he _ God bless his soul _ had been known to be a listener, a reformer and a mediator in solving conflicts, which were some of the characteristics that had defined him all through his presidency, qualifying him to be the one who participates in solving conflicts, locally, regionally and in both Arab nations and the world. The racial and political crises he had faced and solved where not of a small number.

As for Natural Crises, he would travel himself to the areas damaged due to storms or rain to witness the actual situation himself and act according to it in a timely manner until the crisis is solved as required.

One of the unforgettable family situations in this matter was when we were young and the area was hit with strong wind causing the door to fall on our mother and hitting her on the head, our father left the house to find help and coincidentally, Sheikh Zayed’s car was passing nearby, when he saw our father being frantic he stopped the care to ask him what the matter was, our father told him that his wife was injured, Sheikh Zayed had two cars at the time, his personal car and the guards’’ car, he ordered the guards’’ car to take the woman to the hospital immediately and for it to stay there to move her back to her house and again to the hospital if needed, and ordered our father to inform him with her condition after she gets the treatment. Two days later our father met Sheikh Zayed in Al-Ein and informed him that our mother was treated and much better and his sons are praying for him so Sheikh Zayed thanked God for his mercy.

Zayed was a true father for his people, and there are many, many stories in this regard that will be told in the upcoming book “Zayed and Crisis Management” which is to be published soon, by God’s well.